CROSSOVER: PHILIP JOSÉ FARMER & THE INTERCONNECTEDNESS OF EVERYTHING

Every once in a great while, strange coincidences occur. Things intersect unexpectedly. 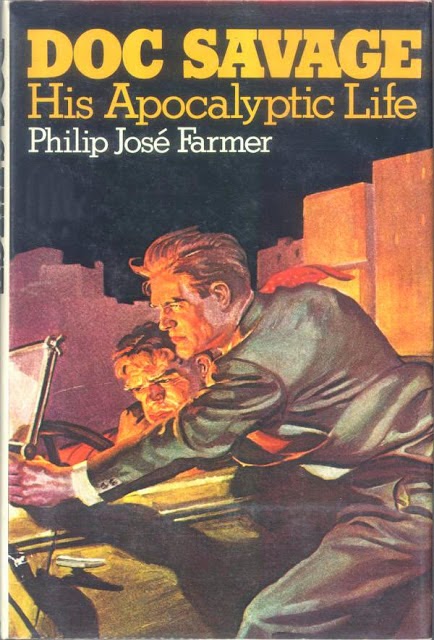 In a post yesterday regarding the Chris Lyon series and its ties to my Hector Lassiter novels, I off-handedly mentioned author Philip José Farmer and the Wold Newton Family/Universe concept that was launched by Mr. Farmer in two biographies he wrote of two “fictional” characters during the 1960s: John Clayton, Viscount Greystoke (AKA, Tarzan) and Clark Savage, Jr. (AKA, Doc Savage).

The latter became a hero of mine in the 1960s when my grandfather handed me a paperback reprint of the second Doc Savage pulp, THE LAND OF TERROR, penned by one Kenneth Robeson (a house name disguising its real author, Lester Dent).

I became obsessed with the Savage character and read everything, including Mr. Farmer’s biography of Mr. Savage, as well as his pastiches involving the character and Doc’s pulp cohort, The Shadow (at one point, Mr. Farmer even wrote short stories involving Mr. Dent, and Walter B. Gibson, the man who wrote most of The Shadow novels through the 1930s and ’40s).

I became enthralled with Farmer’s literary detective work in linking up biographies and family trees by tracing clues across disparate fictional works. I liked the idea of everything, really, joining up, just so. And, so, in that post yesterday, I referenced Mr. Farmer, and The Big Picture he pioneered, this theory of everything pulp fictional, so to speak, that he pretty much invented.

Imagine my surprise when, a few hours after setting an auto-post on the blog entry mentioning Mr. Farmer (a post not quite gone live at that point), that a site run by authors intent upon carrying on Mr. Farmer’s Wold Newton efforts focused very squarely and unexpectedly on Hector Lassiter and one of my new novels featuring the novelist/screenwriter, THE GREAT PRETENDER. 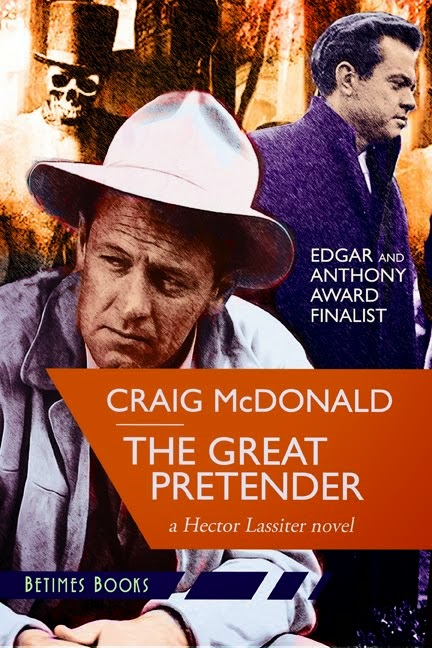 Over at the Crossover Universe, Sean Levin wrote in part:

"Author Hector Lassiter suggests to a mysterious woman that he has just met that they go to the Cobalt Club. The woman replies that it sounds better than the Pink Rat. Lassiter and the woman, Cassie Allegre, leave the Cobalt in a cab driven by a man named Moe. The Cobalt Club, the Pink Rat, and Moe “Shrevvy” Shrevnitz are from the Shadow novels. Lassiter’s friend Orson Welles appears in the book, and reference is made to him voicing the Shadow on the radio. However, the comic book story “To Cloud Men’s Minds” (The Shadow Strikes! #7 by Gerard Jones, Rick Magyar, and Frank Springer, DC Comics, March 1990) establishes that Welles (or Grover Mills, to use the pseudonym given to him by Jones) did briefly produce a radio show loosely based on the Shadow’s exploits in the CU. This crossover brings Hector Lassiter into the CU." 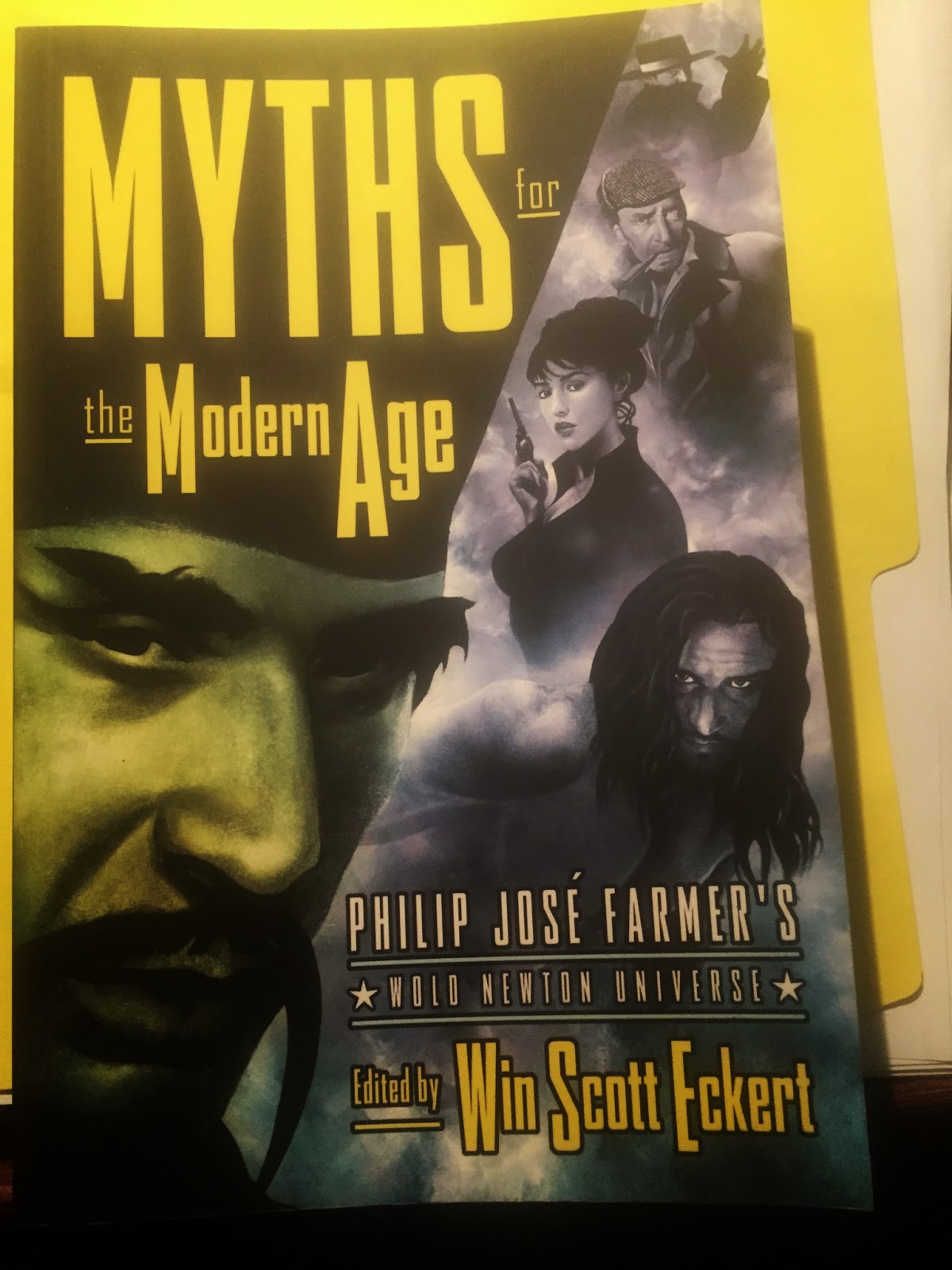 As I’ve said, for many decades, I’ve been a fan of Mr. Farmer and I’ve kept a toe in the Wold Newton waters, including an avid read a few years back of this gem called MYTHS FOR THE MODERN AGE, edited by Win Scott Eckert, which I was inspired by Mr. Levin’s blog post to dig out of my library and revisit over lunch today.

As it happens, I read that Shadow comic Mr. Levin referenced back many moons ago, when it was fresh...even traded a note or two with its author sometime back, though nothing to do with that particular issue...just his work with The Shadow in general.

When I decided to revisit Orson Welles and his relationship with Hector Lassiter—determined to focus on The War of The World’s Panic Broadcast of 1938 and the filming of THE THIRD MAN, I decided to have a little fun with Shadow Easter Eggs—to run Mr. Lassiter through a gauntlet of NYC/Shadow landmarks including the Cobalt Club, the Pink Rat and to have him take a ride with Moe, the Shadow’s cabbie.

I’d done something similar in TOROS & TORSOS back in the day (another Lassiter featuring Welles and also name-checking The Shadow radio show to which Welles was fleetingly attached).

At the time TOROS was pretty new, another astute and bookish reader caught me at my meta-textual games and called me out on them. Corey Wilde wrote:

“Not content with overlapping his fictional creations with historical figures, McDonald weaves into the tale fictional characters that are not of his own creation. Case in point: A dinner guest mentions that she is reading a western novel by Holly Martens. Just in case that name doesn't ring a bell with you, Holly Martens was the name of the character, a writer of westerns, that Joseph Cotten played in THE THIRD MAN. And who starred in that film with Cotten? Orson Welles. But Orson Welles appears as himself in this story. Are you starting to get the idea that this book may be a little...surreal?”

The fact is, I do this kind of thing, a lot. Maybe too much.

But, the other fact is, most of my references are pretty obscure and so fly well under the radar.

My Lassiter novels, particularly, are brimming with references and winks to other fictional works. (I’m a big fan of the Alan Rudoph film, THE MODERNS, as I’ve confessed more than once. If you know the film, and if you read TOROS carefully, you could turn catching MODERNS’ references into a pretty intoxicating drinking game.  Hell, there are even some subtle nods at NORTHERN EXPOSURE in that novel.)

As the books stay out there and gather some years—as they garner more readers—more knowing people come on board and increasingly find me out.

A bit earlier this year, a pretty wonderful post (that, again, coincidently appeared on my birthday, of all days) regarding HEAD GAMES caught me in all of the obscure references inspired by Tom Russell's music that I crept into that novel—a book so inspired by Mr. Russell’s music that I actually dedicated the novel to the singer/songwriter. 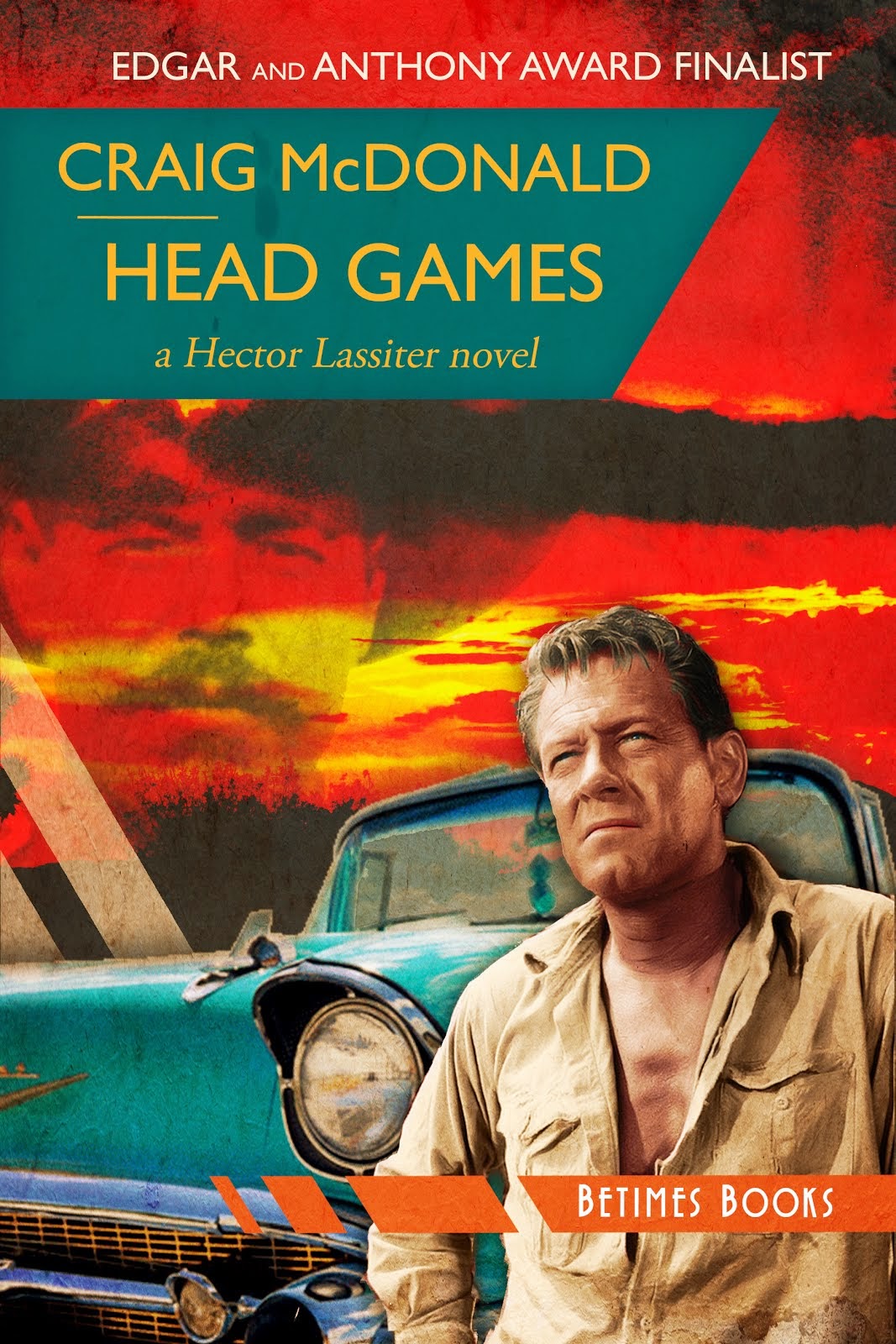 A writer I much admire once remarked authors tend to build in these kind of little things to keep themselves amused or interested. Guilty as charged. But it’s also a way of acknowledging inspirations, artistic debts.

If you do it too much, or too loudly, you risk bouncing people out of your books. But if the right reader comes along, and embraces the knowing nods, it can open up a much wider fictional universe.

Oh, and that whole interconnectedness thing? 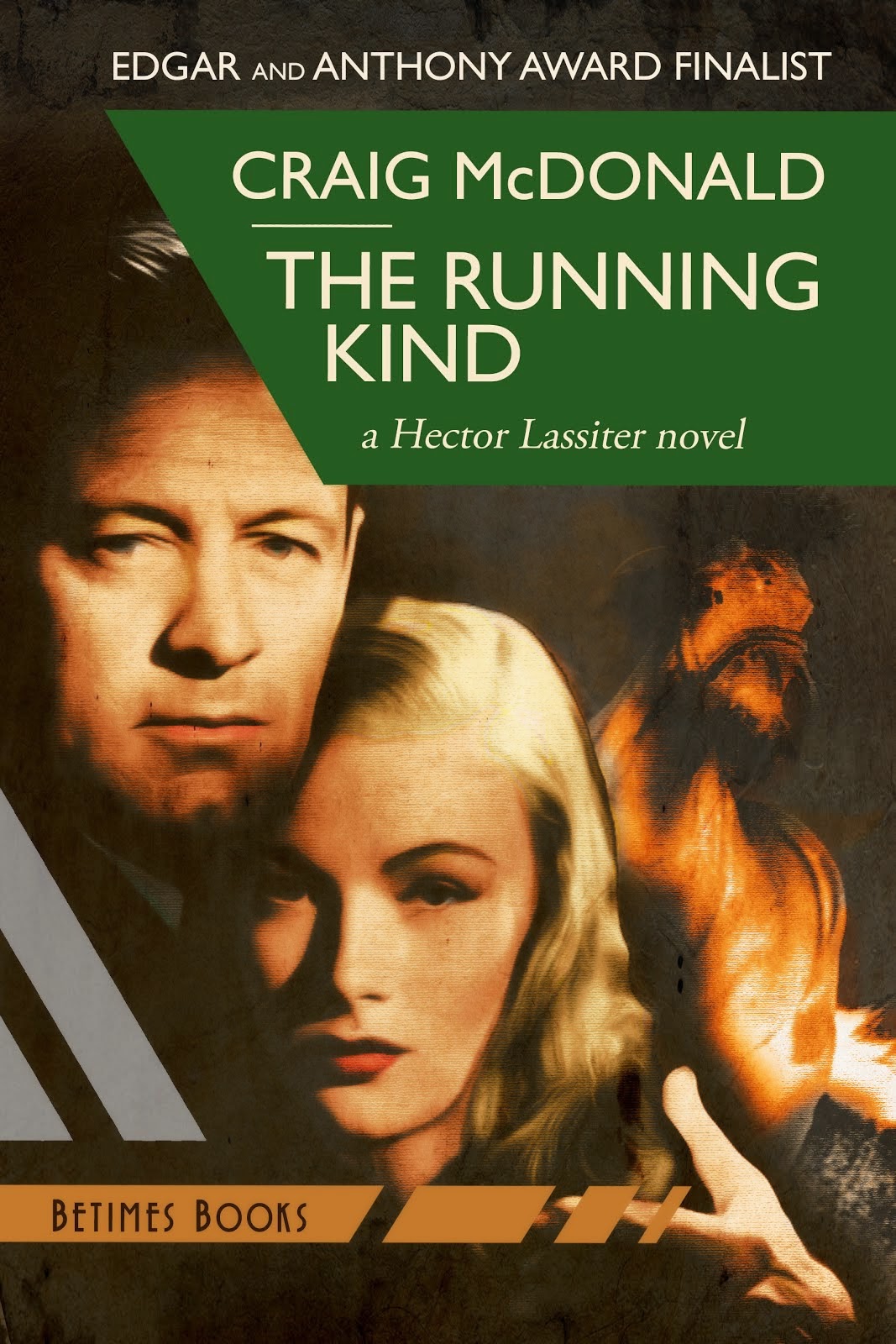 The next Hector Lassiter novel, coming out in just a couple of weeks, is called THE RUNNING KIND.

It's the usual mixture of little known historical crime and some real people...including a cameo by a certain Mr. Lester Dent.
Posted by Craig McDonald at 6:00 AM