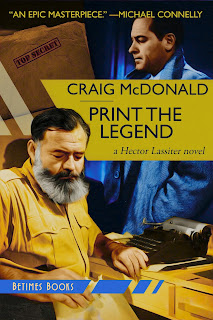 
PRINT THE LEGEND: Paperback/eBook/audio
Posted by Craig McDonald at 1:29 PM