OFF ROAD, FOR NOW

"The road it gives, and the road it takes away."—Tom Russell

The plane-phase of the PRINT THE LEGEND book tour has officially wound down.

So it's a quiet weekend home after Saturday/Sunday sorties to various parts of Texas (cold and cloudy) and the deserts of Arizona (unusually steady and hard rains). 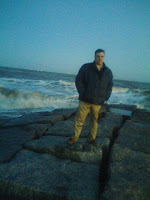 Met a lot of great readers and fellow writers who asked very thoughtful and probing questions about Hector Lassiter and the three novels — questions that revealed some extremely deep reading on the part of those fine folks. Deepest thanks to those who came out.

Along the way, there were travel complications: a near collision with a coyote on the night run between Houston and Austin (in a recently recalled rental Toyota Camry, to boot)...a night of being held prisoner in an airport hotel with stingy vouchers and no luggage when a connecting flight from Austin to Dallas was missed because of mechanical problems...

As a former author interviewer, I've observed a number of authors beaten down by the road — and one who actually cracked under the pressure of aggressive touring. Can now see from just a small taste of the book tour grind how it could dismantle a person pretty handily. It's a punishing pace.

The great thing is meeting folks like Scott Montgomery, who has made BookPeople in Austin a crime fiction author must-attend venue...hanging with David and McKenna at Murder by the Book and meeting the great crime fiction fans in both cities. 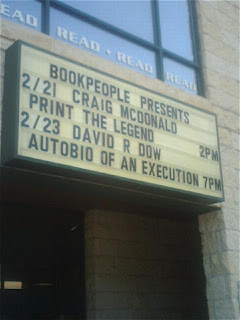 Arizona brought renewed contact with Patrick Millikin and Poisoned Pen Bookstore. (Patrick's also the editor of the Edgar-nominated PHOENIX NOIR). I also got to spend some time with writer/reviewer/interviewer Keith Rawson and reconnected with Marcia and Bill Thomspon. Marcia and me worked together for many years at my hometown paper and they graciously made the run from Tonto Basin to Poisoned Pen, treating me to a great steak, conversation and an evening of touring Scottsdale/Phoenix.

Also finally got to shake the hand of author Garnett Elliott. Garnett wrote an excellent, fierce short story, "Trailer de Fuego," that I selected for a "Borderland Noir" edition of Hardluck stories a few years back.

If you can't make it to any of the announced sites to get your signed copies of PRINT THE LEGEND, you can contact any of the stores on this list. Some may still have some copies of the limited edition giveaway chapbook of the short story "Colt" which reveals the origins of Hector's gun and the author who carried that Roscoe before Hector inherited the Peacemaker.

Nearly every Barnes & Noble in Columbus, OH also now has signed/inscribed copies of PRINT THE LEGEND, too.

Wednesday, March 10 officially kicks off the "automobile" phase of the Print the Legend tour with a 7 p.m. appearance at Foul Play in Westerville, Ohio. 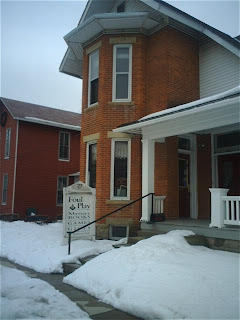 From there we move on to Books & Company in Dayton on Saturday, March 13.

Looking a bit further down the road, there'll be an appearance at the Marysville Public Library's Author Series on May 18.

On July 28, I'll be appearing as part of a literary picnic series at the historic Thurber House in Columbus, OH.

That's about it on the touring front for the moment. For now, some strange Americana spotted along the Borderland's phase of the PRINT THE LEGEND tour: 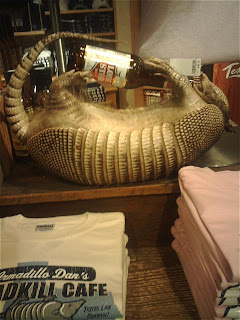 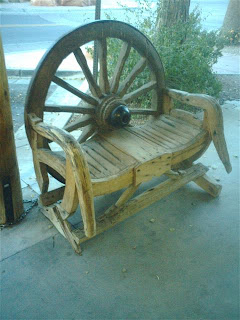 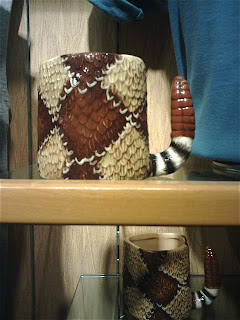 Posted by Craig McDonald at 9:01 AM 7 comments: