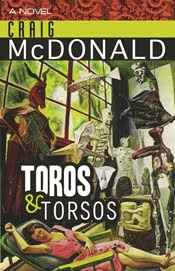 The Paperback Dolls have been hosting a "Male Authors Rock" series leading into Father's Day.

I wrap up the week with a tribute to the day and some thoughts about how becoming a father changed the way I write and, to some extent, gave me voice as a fiction writer.

You can read the piece here; also, if you leave a comment, you will be entered for a chance to win a limited edition of my second novel, TOROS & TORSOS.

Speaking of TOROS, the French edition of that novel will be released this September by Belfond. Like HEAD GAMES before it, TOROS will be getting a new title for French audiences, BLACK RHAPSODIE, which is surreally close to the title of one of crime novelist Hector Lassiter's own works of fiction. 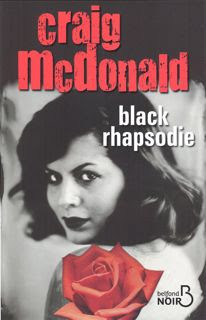 Also, HEAD GAMES will be coming out in mass market paperback in France this September. Here's a look at its new look:

Posted by Craig McDonald at 8:13 AM No comments: