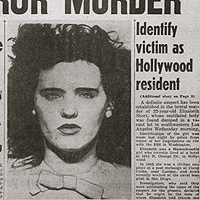 (This article originally appeared in slightly altered form in Crimespree Magazine.)
Posted by Craig McDonald at 9:36 AM 1 comment: