Consistent with a term coined by director Alfred Hitchcock for a pivotal plot device to drive narrative, Francisco “Pancho” Villa—or rather, his skull—is the so-called “MacGuffin” that fires the plot of HEAD GAMES. 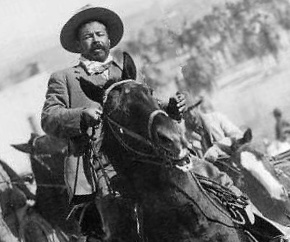 Villa was a bandit turned eventual General in the Mexican Revolution during the first few years of the 20th Century under the direction of eventually slain Mexican President Francisco Madero.

Madero’s death led to a power vacuum that sent various military leaders like Villa scrambling to win U.S. favor and, by extension, the throne of Mexico. 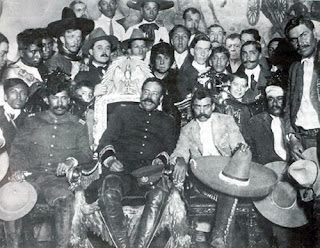 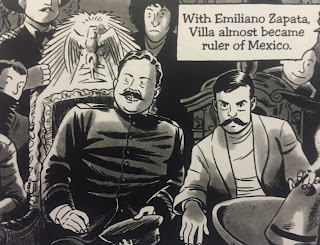 For a time, Villa was a favorite for American support, until President Woodrow Wilson threw U.S. backing behind another. Enraged, Villa mounted an attack against the U.S. town of Columbus, New Mexico, slaying about a dozen civilians and soldiers, and injuring many others, including one named, ahem, Lassiter (for real).

That terrorist attack on U.S. soil triggered the “Punitive Expedition” which resulted in General John “Black Jack” Pershing and a young and blood-hungry George S. Patton leading an army of callow young U.S. soldiers (an under-age and vengeful Hector Lassiter among them) across the border and into the Mexican desert in pursuit of Villa. 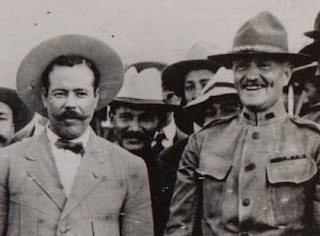 But the Great Chase was a Big Bust.

The soldiers, Hector again among them, were called back across the Rio Grande after about a year and shipped over to Europe and the trenches of World War I.

Villa eventually retired, settled down, but was brutally assassinated on the streets of Parral, Mexico, on July 20, 1923: Memories were evidently long, and blood feuds demand bloodshed, in and around the Borderlands.

Three years later, Pancho’s grave was robbed and his head chopped off and stolen.

It is officially missing to this day. Rumors of its whereabouts abound:

Some place it in the “Tomb” of Yale University’s Skull and Bones Society (see HEAD GAMES, THE GRAPHIC NOVEL); others claim it became a macabre pen-holder on the desk of one-time power rival Álvaro Obregón. 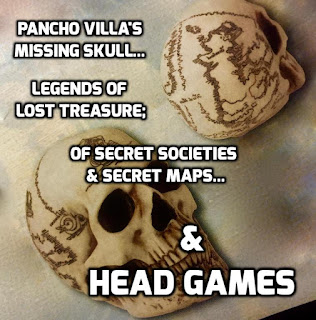 There are also tales the skull contains or somehow comprises a map to the lost treasure of Pancho Villa… More fuel for the HEAD GAMES’ fictional fires.

Posted by Craig McDonald at 7:00 AM No comments: