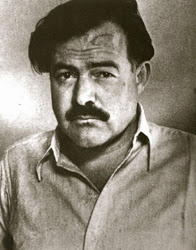 Along with Orson Welles, he’s the most dominant historical figure in the Hector Lassiter series.

Although not an on-the-page character in real-time in HEAD GAMES: THE GRAPHIC NOVEL, Hemingway looms over the book as a kind of larger-than-life, émeinence grise. 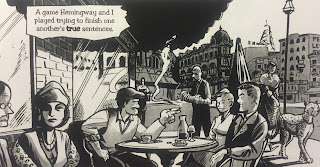 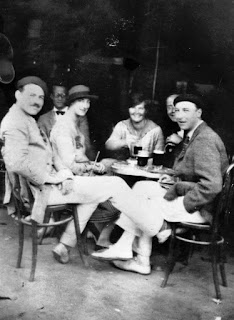 Longtime friends dating back to Hemingway and Hector’s teens along the Italian front as ambulance drivers, Hemingway or “Hem” as he’s mostly referred to in the Lassiter novels, also appears in ONE TRUE SENTENCE. 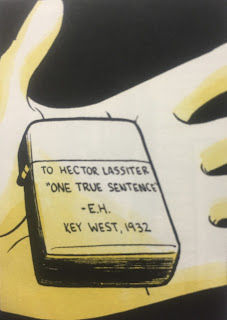 In that novel, we see Hector and Hem as young, expatriate aspiring novelists, both struggling to hone their craft and make a name amongst the Left Bank literati that included such diverse Modernist figures as Gertrude Stein, James Joyce and Williams Carlos Williams.

Hem next surfaces in TOROS & TORSOS, where we find Hector and Hem both living in 1930s Key West, Florida, now established writers, but becoming increasingly competitive about their respective success. (Or, at least, Hem is feeling the competition, and bitterly so...one of his more unattractive, real-life traits, alas.)

A grisly murder mirroring a famous work of surrealist painting sets the two off on a Holmes and Watson-style investigation that will span decades and continents, stretching from Florida, to Civil War-era Spain, to Cuba in the earliest days of Fidel Castro. 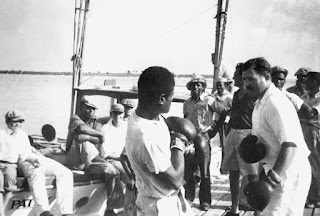 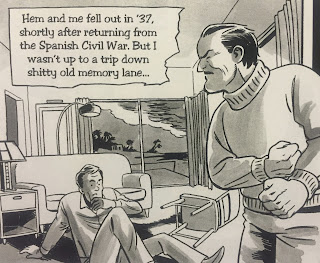 Hem also makes a cameo appearance in the novel ROLL THECREDITS, set during World War II and also during a period of bitter estrangement between Hem and Hector.

A couple of TOROS & TORSOS Easter eggs are in the graphic novel that didn’t make the original words-only HG novel: We get a brief glimpse of a fist-fight between the two writers that punctuates their long split.

Also, if you look closely, you’ll get a glimpse of a certain surrealist nude self-portrait by a sexy female artist key to T&T’s plot and the Hec-Hem split.

This all sets the table for Hem’s last Hector Lassiter series appearance, in PRINT THE LEGEND, a novel about FBI Director J. Edgar Hoover’s detestable war on writers—particularly on Hemingway—throughout much of the 20th Century. 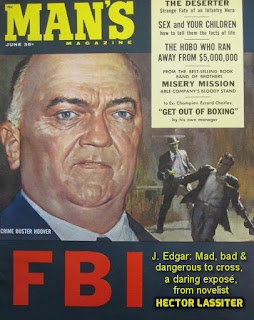 Chronologically, HEAD GAMES unfolds between the Spanish section of TOROS & TORSOS, and just a bit before Hector’s looming reconciliation with Hem that will take him to Cuba, just a couple of years before Hemingway’s death, in Ketchum, Idaho, in July 1961.