Emil spat. “It’s a bitch to outlive your world, ain’t it?”
“It surely is.”
Emil looked at me and then gave me a nasty smirk as he gestured at my cigarette. “Well, at least I’ve had the good sense to take care of myself. I won’t end up old and a cripple.” The “like you will” was implied.

—FROM HEAD GAMES:
THE NOVEL 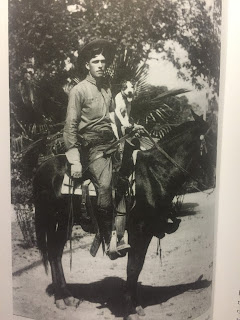 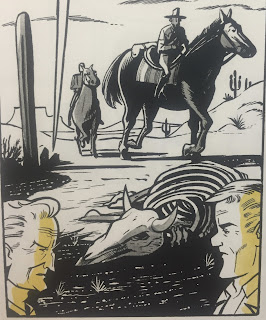 Some would have told you the old bastard was a blood-thirsty murderer.

Emil Holmdahl was a professional hell-raiser for pay who variously fought with Pancho Villa, and who later hunted Pancho for money. 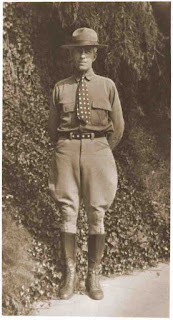 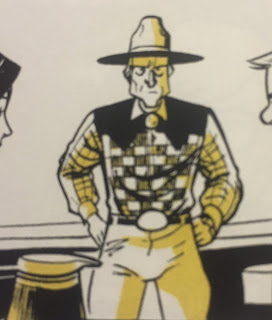 He was also arrested and jailed for stealing the head of Pancho Villa after desecrating the Mexican Revolutionary’s grave. 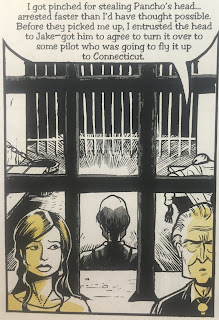 Most of the photos we have of the man are of a piece:
Strikingly similar shots taken over the years of a straight-backed and aging brigand-for-hire, most often pictured full-figured and standing, sporting whatever clothes and weapons were of the bloody moment and vogue. Long face...long torso...disarmingly short legs, based on many shots. 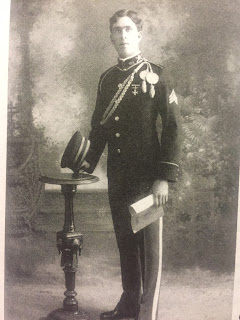 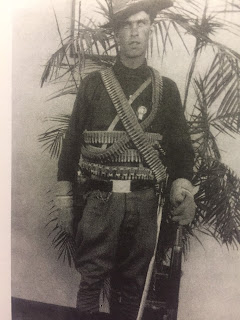 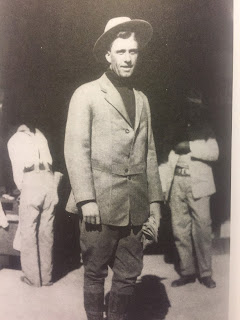 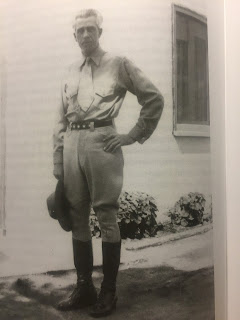 But then, toward the end of his run, you get this disarming glimpse of a much older Holmdahl, seated, with two grinning little girls looming over either shoulder. Live long enough, and even mercenaries become grandpas. 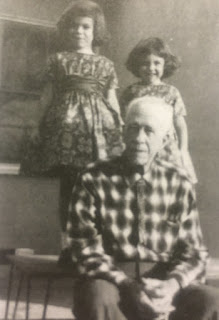 As biographer Douglas V. Meed put it in his 2003 book about Holmdahl and the subject of Villa’s still missing noggin:

“Little was heard about the head until 1952, when the United States Secret Service located Emil Holmdahl living in retirement in Van Nuys, California. They questioned him about a horde of gold bars reputedly dug up in Mexico and illegally brought to the United States. The gold, the Secret Service said, was rumored to have been found buried in Mexico as a result of a map found on the skull of Pancho Villa. Nothing came of the investigation.”

The skull, the map, and Holmdahl, are all central to HEAD GAMES: THE GRAPHIC NOVEL.