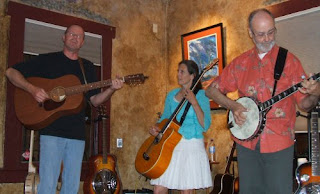 Last weekend it was a whirlwind tour through Texas…and a miserable Sunday-into-Monday stranded at Love Field in Dallas when an American Airlines craft was taken off line, causing a cascade effect for flyers trying to make Midwest connections.

This weekend, it’s a return to the desert for a signing at Poisoned Pen Books in Scottsdale, Saturday at 2 p.m.

It feels a little like returning to the scene of a fondly remembered crime…and a bit surreal. Maybe a little bittersweet, too.

Last time heading out that way, and to that bookstore, I was about halfway through the composition of HEAD GAMES, the 2007 novel that became an eventual Edgar/Anthony finalist. The year was March, 2005.

That time into the desert, I sat in the audience, watching Ken Bruen discuss his novel.

James Sallis and publisher/James Crumley chum Dennis McMillan showed up for the reading. After the event, everyone headed out with Poisoned Pen’s Patrick Millikin (editor of the excellent Akashic release, PHOENIX NOIR) for some Mexican food and deep book talk.

This time, I’ll be sitting on the other side of the table, discussing PRINT THE LEGEND, the second book in the series that began with HEAD GAMES. Increasing that sense of surrealism: instead of conducting any interviews, I'll be interviewed by the great Keith Rawson.

It’s going to be a largely solo lobo sojourn there in the Valley of the Sun, this round: Ken Bruen’s back in Ireland, and James Sallis will be performing with his band, Three-Legged Dog, about a 100 miles due north.

If you’re in the area, please drop by the store at 2 p.m.

The first 30 people who buy PRINT THE LEGEND at the store will also receive a free copy of the limited edition chapbook, “COLT,” containing an original, exclusive Hector Lassiter short story.

McDonald, Craig. Print the Legend (St Martins $25 Feb. 18). Patrick writes: “Craig McDonald has really come into his own with this book. The time is 1965, four years after Ernest Hemingway died from a shotgun blast. Academics are scrambling to build their careers on the old man’s missing manuscripts, and the keynote speaker at a gathering of Hemingway nuts is none other than Hector Lassiter, crime writer, adventurer and one of Papa’s best friends. Back in the 20’s the two were fixtures in the expat literary/art scene in Paris and now, Lassiter discovers that some of his own missing work has reappeared. As he probes into things, the aging writer discovers a conspiracy from way back involving the FBI and another wannabe writer named Creedy (Salieri to Hemingway’s Mozart) bent on quashing Jazz era decadence and Papa’s work in particular. And now, a young professor is claiming that Hemingway was actually murdered by his wife, Mary. This is an intelligent, rip roaring yarn that will appeal to fans of Loren Estleman and James Carlos Blake. My highest recommendation.” Hardboiled Club Pick Head Games ($15) was nominated for the Edgar, Anthony, and Gumshoe Best First Novel Awards.
Posted by Craig McDonald at 8:33 PM 1 comment:

MOE ON PRINT THE LEGEND

Doug Moe interviewed me last Friday about the new novel when I was holed up in a hotel room in chilly, wind-swept Galveston, Texas.

The results of that talk can be found in today's Wisconsin State Journal.
Posted by Craig McDonald at 7:56 PM No comments:

THINGS I'D RATHER BE DOING

A record-setting fourth interview with John Kenyon at his site, Thing's I'd Rather Be Doing.

John was the first to interview me, several years ago, when my first collection of author interviews, Art in the Blood, was just finding its way into the world.

This one focuses on the newest novel, Print the Legend, of course, but also delves into the longstanding debate between literary and genre fiction, as well.

This interview was conducted over the weekend while touring in Texas, in this case, looking out over Galveston Bay, birthplace of crime novelist Hector Lassiter.
Posted by Craig McDonald at 5:37 AM No comments:

Labels: Art in the Blood, author interviews, Galveston, Hector Lassiter, John Kenyon, Print the Legend, Things I'd Rather Be Doing

We wrapped up the Houston launch of the Print the Legend tour last evening about six p.m. Grateful thanks to Dave and McKenna, all the great folks at Murder by the Book and to the good readers of Texas who attended.

Murder by the Book will be offering signed copies of Print and several other titles, along with limited edition copies of the Hector Lassiter short story, "Colt," while supplies last.

After the first reading was over, it was into the rental Toyota (prayers appreciated!) for a night run across Texas to Austin for today's appearance. Somewhere along 71, near the first Waco exit, a coyote ran across our path. (I know black cats are bad news; can some folklorist pony up the dope on the implications of a near-miss with a path-crossing coyote?)

We blew through the Austin city limts a bit after nine and then hit a hotel that's packed with underwear- and body-paint-clad reveling young ones who've bingely transitioned from Mardi Gras to carnival revelery.

Today at 2 p.m., the Print the Legend tour moves to BookPeople in Austin...Texas' largest independent bookstore. Looking forward to meeting Scott Montgomery and all the great people at this teriffic store. Then it's another road run to the airport and back to The Snows of Ohio.

The Print the Legend tour will resume on Saturday, Feb. 27 in Arizona at Poisoned Pen.

Staying with the country music theme of these Texas posts, the microphone is passed from Glen Cambell to Kris Kristofferson (born in Brownsville, TX) in concert on Austin City Limits, singing "Here Comes That Rainbow Again." This is a rather obscure Kristofferson tune inspired by a scene in John Steinbeck's The Grapes of Wrath. The lyrics incorporate actual dialogue from Steinbeck's novel.

And just to bring this all around full circle, Steinbeck was one of several major American authors of the 20th Century relentelessly hounded with FBI surveillance under the direction of J. Edgar Hoover. Hoover's pursuit of American novelists, particulary of Ernest Hemingway, is a major theme of Print the Legend.

And, so, the circle is complete:

Posted by Craig McDonald at 8:17 AM 3 comments: