KRIS KRISTOFFERSON: A MOMENT OF FOREVER

“Wide awake and feeling mortal…
I’ve begun to soon descend,
like the sun into the sea.”

A legendary singer-songwriter, a guitar (—and occasional harmonica—) and one of the greatest country music song catalogues ever composed.

All of that amounts to a moment of forever, which is plenty—surely more than most are ever granted.

I’ve lost count of how many Kris Kristofferson concerts I’ve seen over the years. They’ve tended to have some spaces between: sometimes scant years; sometimes, frustratingly, whole damn decades.

In the beginning, there was a concert with Kris’ full band, back in the day, at the RKO Theater in Columbus.

That must have been circa 1982, because I remember Kris then introducing “Here Comes That Rainbow Again,” as “a new tune, one that may or may not work”—a song inspired by a vignette plucked from John Steinbeck’s The Grapes of Wrath.

Not long after, hell, maybe even actually before, there was another concert at a now-defunct Gilley’s-style roadhouse in Lancaster, Ohio, then called The Charlie Horse Saloon. 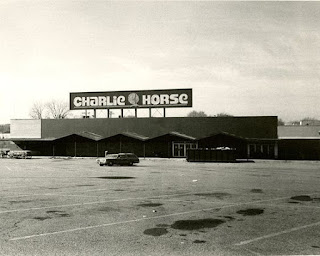 Those two concerts I saw with my Dad.

It was my mother and father’s love of Kristofferson’s song “For The Good Times,” as covered by Ray Price—as well as Sammi Smith’s take on “Help Me Make It Through the Night”—that led to my own discovery and lifetime love of the music of Kris Kristofferson.

On the AM-only radio of our family’s 1966 Impala, the vertical red needle was perpetually set on WMNI, and Kristofferson tunes were a stubborn, often sexy soundtrack: classic covers by Johnny Cash, Ronnie Milsap and, yes, even Christy Lane (“One Day At A Time”).

I’ve often said—and it’s the God’s honest truth—I learned from and was influenced far more in the writing of narrative prose by Kris Kristofferson’s songwriting than the works of any other writer—much more than from any novelist, living or dead, in fact.

Kris’ obsession with the poet William Blake led me to my own deep study of Blake's most obscure works in college, then of Yeats and of Wordsworth—all while trying to craft complex, but fumbling country song lyrics, penned between journalism and narrative fiction writing classes at the Ohio State University in the early 1980s.

A few years later, working as a journalist and still struggling to hone my voice as a fiction writer, I caught another outdoor concert when Kris was still touring with a full band at the Columbus Zoo, of all places.

Many years then passed, before I next caught Kris in concert at the Ohio State Fair in 2014, this time in the company of my wife and two daughters.

That night, Kris was sharing a bill with Merle Haggard. It was the first time in many a moon that Kris had drifted back into my little pocket of Ohio. It was Merle’s next-to-last passage through the Buckeye State.

My father was with me again, sitting in an upper balcony that left us feeling a bit like we were hanging over the edge of the stage.

We’re all thirty-five years older than we were when Kris last performed in a downtown Columbus venue. I feel the weight of the years.

I can only imagine how it must be for those older than me.

Some of Kris’ bandmates have passed.

As widely reported, the man himself is fighting back from the ravages of long-undiagnosed Lyme Disease and memory loss once misdiagnosed as Alzheimer’s.

And, this time, it was just Kris, solo lobo.

No band, no electric guitar.

He still stalks ramrod straight into the spotlight, almost boyish in step for an Octogenarian.

His voice, always a unique instrument, is raspier, a little quieter at times.

But at other times, Kris pushed it hard, sounding like thunder in a cave, particularly when directly, gamely addressing the Almighty in “Feeling Mortal” and “Why Me?”

The May 17 concert consisted of a very tight couple of sets that encompassed all of the classic tunes, and some quirky, obscure older selections.

Very little patter took place between songs, and there wasn’t a single pause for a tuning change.

Appropriately, this stripped down, raw-bones presentation placed the focus squarely on the lyrics—on the words—where the focus should be for a writer of Kris Kristofferson’s exceptional range.

“This is supposed to go on for a certain amount of time,” he said after reaching the lyrical end of one song, if not the musical end of the tune.

Charmingly, Kris lifted his fingers from his guitar's strings, and holding his palms out in sheepish surrender, said, “That’s all.”

A very vocal and interactive audience called back, “We love you Kris!”

He then followed that song with a moving, flawless rendition of “For the Good Times.”

I’ve had the good fortune—and, honestly, a time or two the self-inflicted misfortune—of getting to know, or at least to interview, several of my idols.

In a couple of cases, I wish I hadn’t gotten so close.

With Mr. Kristofferson, I’ve never attempted to pursue an interview.

Someday, I may regret that (“I’d rather be sorry for something I’ve done/than for something that I didn’t do,” Kris has written).
But I do so revere Kris Kristofferson as a pure writer, that I’ve always been leery of the man and the movie star somehow getting in the way of all that…maybe muddying the waters.

So I’ve never tried to encounter Kris Kristofferson as other than an audience member.

It would be hard to imagine a starker, leaner presentation of a Master’s song catalogue than the one afforded the audience at the Great Southern’ last night.

Several tunes, particularly “Sunday Morning Coming Down,” had the audience singing and sometimes clapping along.

I have no idea if I’ll ever get to hear Kris Kristofferson perform live again.

Appropriately, with the cold eye of a true artist ("Horseman, pass by!"), Kris Kristofferson closed his Columbus concert with the only tune he could have chosen for his encore: “Please Don’t Tell Me How the Story Ends.”

As he gave a last recitation of the lines that give the song its title, Kris once again raised his voice to a shout, defiant and challenging.

I then remembered a quote Kris long ago gave a music journalist, maybe it was Dave Hickey for Country Music Magazine which I read religiously in the 1970s for the quality of its writing.

This is a paraphrase from memory of that Kris Kristofferson quote:

“William Blake went out singing. I want to go out the same way.”

FIRST SET LIST:
Shipwrecked in the Eighties
Darby’s Castle
Me and Bobby McGee
Here Comes That Rainbow Again
The Best of All Possible Worlds
Help Me Make It Through the Night
Billy Dee
Rocket to Stardom
Casey’s Last Ride
Nobody Wins
Feeling Mortal
From Here To Forever
Broken Freedom Song
Loving Her Was Easier (Than Anything I’ll Ever Do Again)

SECOND SET LIST:
Just the Other Side of Nowhere
Duvalier’s Dream
I’d Rather Be Sorry
They Killed Him
Jody And The Kid
The Pilgrim (Chapter 33)
Jesus Was A Capricorn
To Beat The Devil
Sunday Morning Coming Down
The Silver-Tongued Devil
For The Good Times
A Moment Of Forever
Why Me Lord?
Please Don’t Tell Me How The Story Ends