THE ALMOST DOC SAVAGE CARTOON WE NEVER GOT

Once upon a time, we almost got a Doc Savage cartoon from Doug Wildey, of "Jonny Quest" fame, with some input from "The Rocketeer" creator Dave Stevens.

So, what went wrong? According to this site:


"Wildey had a pet peeve when it came to updating vintage characters to contemporary times, according to (Will) Murray in a 2004 article in Comic Book Marketplace. Previously he had abandoned a Tom Swift cartoon project for this reason.
“I hired a young guy named Dave Stevens,” Wildey is quoted by Murray. “At the time, he was a Doc Savage freak. I had never personally read Doc Savage. Dave explained who the characters were and what they did. I felt that Doc Savage had enough strength and I went ahead and did it in my off hours. I brought it in to Joe Barbera (of Hanna-Barbera Studio, the producers of Jonny Quest) and said, ‘What do you think?’ But he wanted to update it. The charm was gone.”

Some tantilizing images from the project that might have been (including one of the best visuals of chemist Monk Mayfair out there): 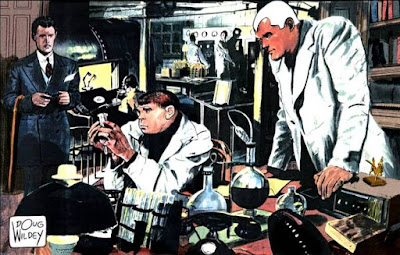 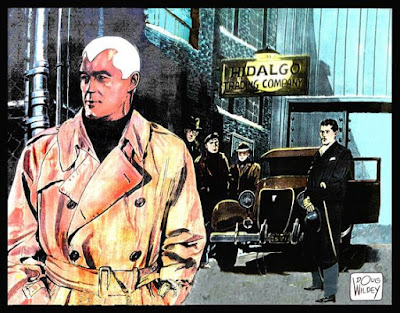 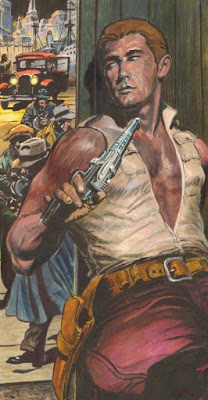 And for those poor souls who've not heard of Jonny Quest:

Posted by Craig McDonald at 9:53 PM No comments:

A GREAT NEW REVIEW OF 'ONE TRUE SENTENCE' 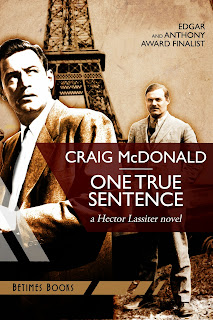 A great new review of the first novel in the Hector Lassiter series, ONE TRUE SENTENCE, recently was posted on the Poisoned Pen Crime Blog:

"ONE TRUE SENTENCE offers a vivid historical setting with vibrant and engaging characters. Lassiter in particular is an empathetic and complex creation and the relationships that he forms (most notably with Hemingway and Devlin) are both nuanced and authentically constructed by McDonald."

More of the review HERE.


Posted by Craig McDonald at 7:43 PM No comments: