It was noted in Head Games (set in 1957) that Hector owed Orson a favor connected to something that happened between them ten years earlier.

Toros & Torsos reveals what went down between the two a decade before — specifically, in January 1947 on and around the set of Welles’ other noir epic, The Lady From Shanghai, co-starring Welles’ soon-to-be ex-wife, Rita Hayworth.
As noir czar Eddie Muller describes in his excellent Dark City: The Lost World of Film Noir, Welles based his film on If I Die Before I Wake, a small-scale potboiler by Sherwood King, turning it into an immensely complex, globe-trotting affair.”
A key confrontation in Welles’ heady film takes place in a twisted fun house designed by Welles that incorporates severed limbs and mutilated faces — imagery echoing, or perhaps anticipating, the mutilations performed on Elizabeth Short, the so-called “Black Dahlia” in Los Angeles in January 1947. 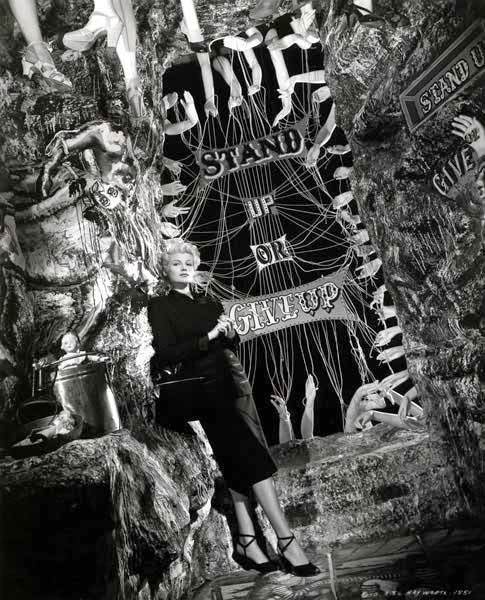 Welles, an avid magician, used to perform an elaborate magic act (which included sawing a woman in half) on virtually the same spot where Betty Short’s severed torso was found.
That macabre fact, coupled with reports Betty Short was “involved” with a man named George (Welles’ given name), that eerie funhouse movie set, and some mysterious filming delays around the time of the Black Dahlia murder led one True Crime author to put Welles forward as a Black Dahlia murder suspect in a recent book…a scenario explored in the Hollywood portion of Toros & Torsos. 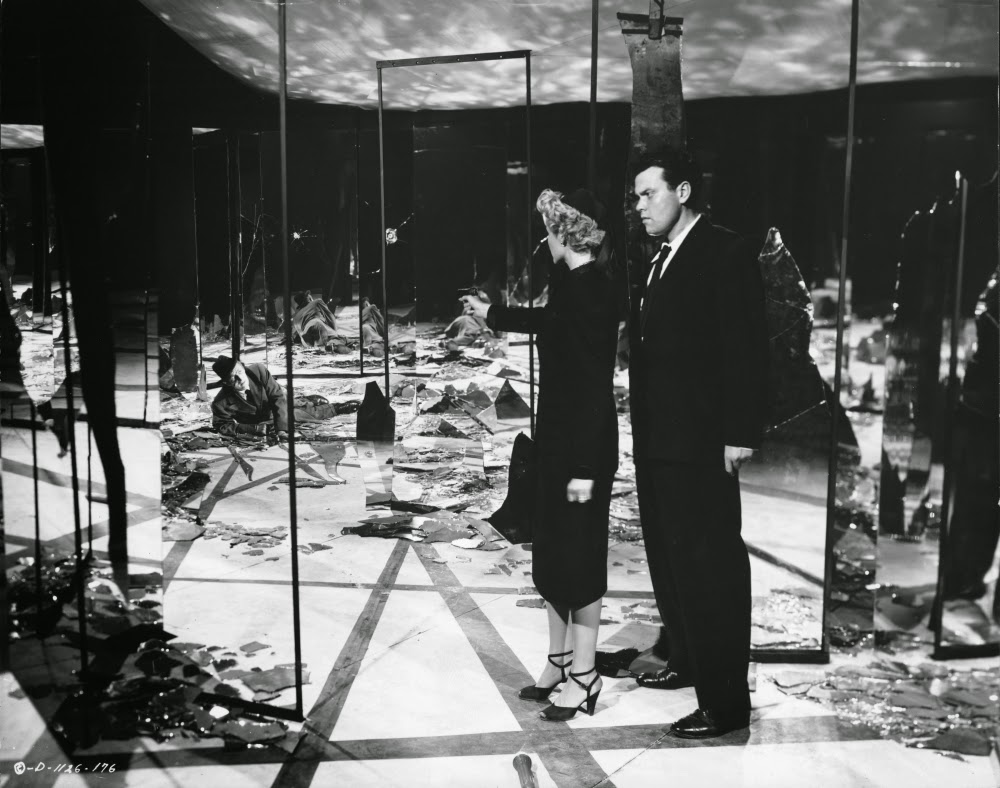 By anyone’s standards, Welles’ film’s production was a tortured one. Apart from the friction between Orson and Rita, cast members were frequently ill as production shifted between Mexico and the U.S. and back again.
Welles’ decision to cut and color Rita’s trademark hair, as well as his labyrinthine plot, confused and alienated Columbia mogul Harry Cohn, who ultimately took the film away from Welles. 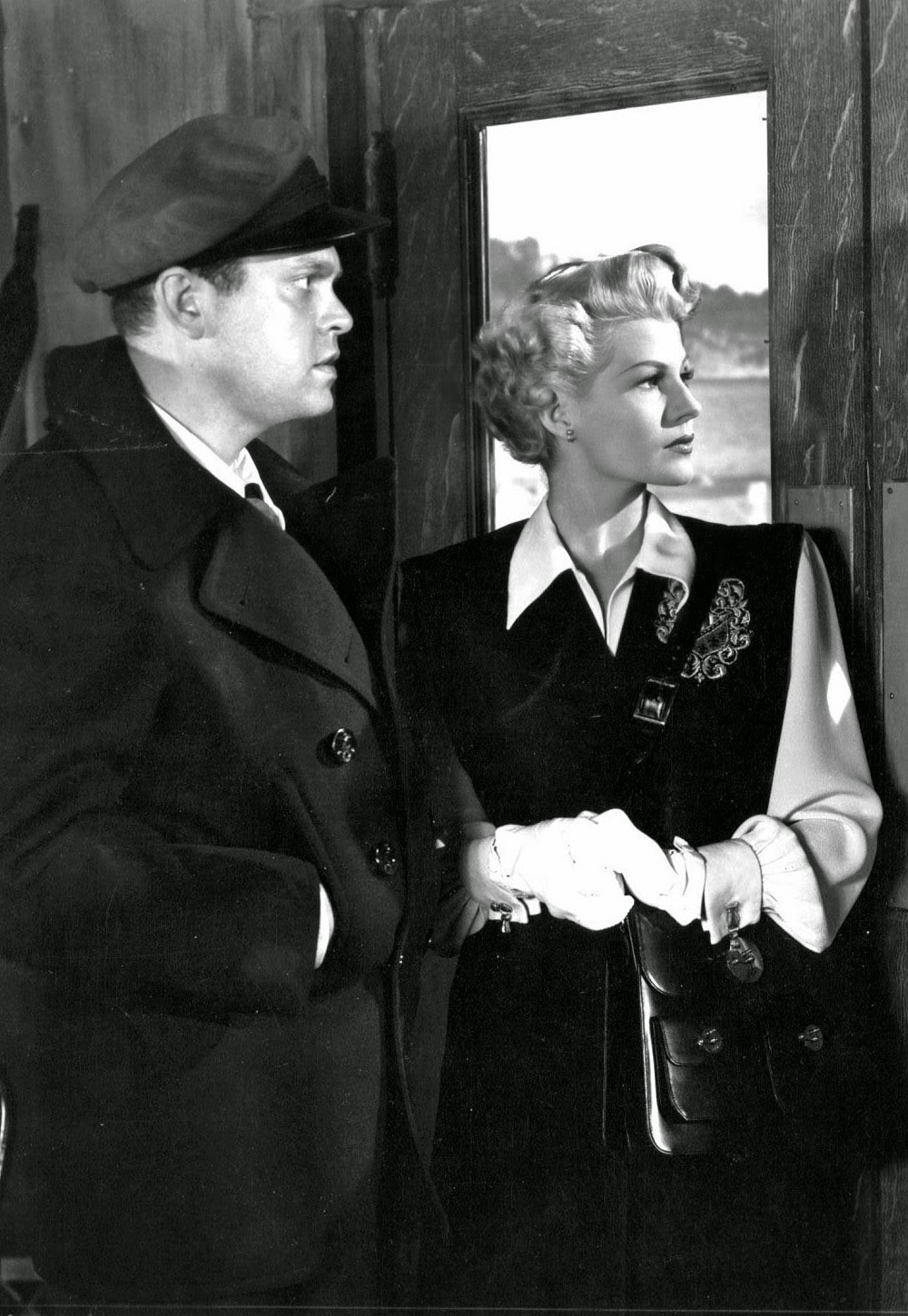 As Muller notes, associate producer William Castle presciently wrote in his diary, “Cloudy and heat oppressive. First day of shooting on Lady From Shanghai. The darks clouds seemed like an omen…”

THE BOOK TRAILER FOR
TOROS & TORSOS


A portion of Toros & Torsos takes place in Spain in 1937 as Hector Lassiter joins Ernest Hemingway and novelist John Dos Passos in Madrid during the early days of the Spanish Civil War.

In T&T, Hector has gone to Spain as a favor to Pauline Hemingway — agreeing to watch over a sometimes erratic Ernest, while at the same time doing what he can to contain Hem’s growing preoccupation with journalist Martha Gellhorn, the woman destined to become the third of four Mrs. Hemingways.

For his part, Ernest was participating in the filming of the propaganda/fundraising documentary The Spanish Earth, which Hem would eventually personally screen for FDR.
John Dos Passos was searching Spain for his missing friend and translator José Robles — a quest that would eventually result in the destruction of the longtime Hemingway/Dos Passos friendship.
That rupture is vividly explored at length in Stephen Koch’s gripping The Breaking Point: Hemingway, Dos Passos and the Murder of José Robles.
Toros & Torsos finds Hector in the crossfire of the Hemingway/Dos Passos feud, and, eventually, he risks becoming one of the Spanish Civil War “disappeareds” — like Robles — when Hector receives what madrileños called the “Knock of Death.”

In other words, a late-night visit from the Spanish secret police, a visit that typically ended in arrest, torture, and frequently, summary execution.

A snippet of The Spanish Earth: