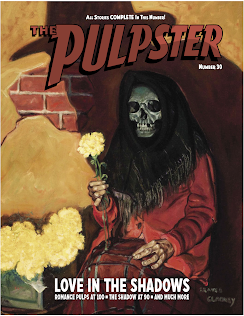 I'll also have an article on The Shadow in the always collectible edition of this year's Pulpster that will also debut at next week's event.

More on that, here: https://thepulpster.com/back-numbers/number-30/

This will be my second article on The Shadow coming out in an August publication, the other, as recently reported, being in the new Shadow fanzine, more of which you can learn about here.

If you can make it to this year's Pulpfest, please stop by the dealer's room Friday-Sunday and say hello!

'THE SHADOWED CIRCLE' DEBUTS WITH AN ARTICLE BY CRAIG 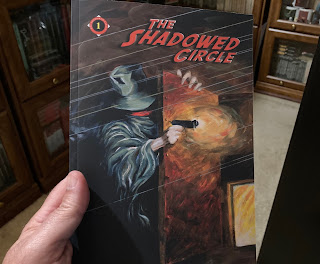 A new fanzine focused on The Shadow is debuting in August.
ORDER WRITE FROM WRONG!

One of the featured contributors for this first of three annual issues is novelist, editor and journalist Craig McDonald, with a piece focused on the two most significant and recurring villains of the original pulp series, Shiwan Khan and Benedict Stark.

Craig will be appearing at PulpFest from August 19-22 as a speaker and a dealer and he will have some sample copies of TSC for examination for those interested in subscribing at his dealer table.

Those who want to pull the trigger now while limited supplies of issue #1 last, can learn more about doing so by visiting the official Facebook page at https://www.facebook.com/Burbank1931.

Craig will also be debuting his new Hector Lassiter release, WRITE FROM WRONG at PulpFest. 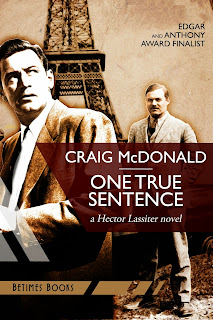 A year ago this month, I had the privilege of appearing as a guest on the official Ernest Hemingway Society's podcast titled ONE TRUE SENTENCE.

That's a name shared with a pivotal Hector Lassiter novel of mine featuring Ernest Hemingway.

The intent of the interview was to explore my own favorite Ernest Hemingway "one true sentence."

That interview can be found here.

IFB Interfleet Broadcasting recently interviewed Craig about his upcoming novel, Write From Wrong, that will debut at August 2021's PulpFest. 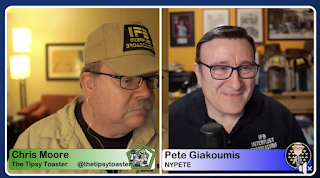 Topics in addition to the Hector Lassiter series include pulp crime fiction, Black Mask Magazine, Walter B. Gibson and the 90th anniversary of The Shadow in print.
Also talk about the craft of writing and editing, along with several other interesting side trips.

Interview starts at about the 27-minute mark.

Posted by Craig McDonald at 11:58 AM No comments:

NEW: WRITE FROM WRONG, DEBUTS IN AUGUST AT PULPFEST 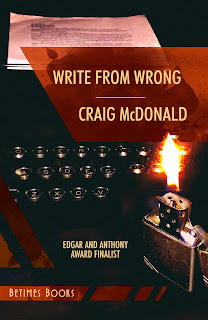 Across nearly a dozen internationally-acclaimed and award-nominated novels, the Hector Lassiter series has served its readers a seductive secret history of 20th century crime, politics and the arts, garnished with a twist of noir.

Hector—wanderer, lover and a fiction author frequently described by literary critics as “living what he writes and writing what he lives”—has served as witness and even catalyst to some of his turbulent age’s darkest historic and artistic moments.

In this last, life-spanning book, Craig McDonald further informs and fits the capstone on the Lassiter saga with a fusion of classic hardboiled pulp-style storytelling and a subtle literary undertow.

Noted acquaintances and “characters” from the previous novels also take their final bows, including Ernest Hemingway, Orson Welles, Lester Dent, Walter B. Gibson and Dashiell Hammett for a last, historical romp through the 20th Century and beyond, spanning romantic Ragtime America to our increasingly treacherous digital age.

Write From Wrong presents a poignant and provocative portrait of the author always striving to lay down “one true sentence.”

This is the last installment of McDonald’s Edgar/Anthony-awards nominated series, but also stands as an entry point for new readers to experience a crime series BookPage declared “wildly inventive” and The Chicago Tribune the “most unusual, and readable crime fiction to come along in years.”

Craig will be appearing at 2021’s PulpFest where he’ll be selling and signing books from Aug. 19-22, including his newest, Write From Wrong, which will debut at the festival. He will also have a special presentation at 1:30 p.m. Friday, Aug. 20 at the event. Also look for his article in PulpFest’s annual collectible souvenir magazine on the 90th anniversary of The Shadow character in pulp and radio’s influence on the character.
More here.

THE HECTOR LASSITER SERIES
AS PUBLISHED BY BETIMES BOOKS: