One True Sentence won't be officially released until this coming Tuesday (Feb. 15), but the first print review is in courtesy of Vick Mickunas and The Dayton Daily News.

Mickunas writes, "McDonald’s ingenious plot has this maelstrom of mystery writers who are writing their own fictional stories while simultaneously being whirled through a lethal tsunami of impending doom. At one point Hector muses: 'Oftentimes, the obvious solution is the right one, he told himself. Except in crime and mystery novels.'”

Last year, Mr. Mickunas interviewed me regarding Print the Legend. That interview can be heard HERE.
Posted by Craig McDonald at 8:33 AM No comments:

The March edition of RT BOOK REVIEWS carries a four-star review for ONE TRUE SENTENCE (coming February 15 from Minotaur Books).

Reviewer Michelle Wiener describes the novel as "one heck of a ride through 1924 Paris. The mystery follows a classic trajectory, with enough red herrings and curveballs to make readers who guess at the culprit early on feel exceptionally smart." The entire review can be read HERE.

Also, The Poisoned Pen in Scottsdale, Arizona has released its staff picks for February. ONE TRUE SENTENCE is a four-staffer choice among booksellers at that fine establishment.

I'll be appearing at The Poisoned Pen on Feb. 22 with the great James Sallis (pictured left). More on that event HERE.
Posted by Craig McDonald at 6:45 PM 1 comment:

A SIGNS AND WONDERS RAVE FOR ONE TRUE SENTENCE 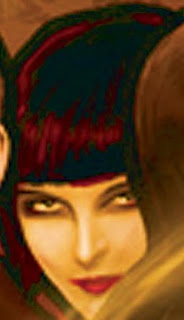 ONE TRUE SENTENCE gets a rave review over at Signs and Wonders, which declares the novel, to be released Feb. 15, 2011, a "masterpiece."

Particular attention is paid to the central female character in the novel, mystery writer Brinke Devlin.

Read the entire review HERE.
Posted by Craig McDonald at 10:13 PM No comments: