Tonight (Feb. 20), I’m launching my book tour in support of Print the Legend in Houston, Texas, at Murder by the Book (5 p.m., Central Time).

I was happy this bookstore launched the tour because it shoulders up to Galveston, Texas, the place where my ongoing character, crime novelist Hector Lassiter, was purportedly born at midnight on Jan. 1, 1900…coming in with the 20th Century, as it were.

When we left Ohio early Friday morning, we left behind what is shaping up to be the all-time record amount of recorded snowfall in a February for the Buckeye State. It’s not particularly warm in Galveston, but there’s no snow in sight and the gulls are pretty noisy on the roof above the hotel room’s balcony. The water is slamming against the seawall and breakers, and occasionally you see actual rays of sunlight…all qualities currently lacking back in Ohio.

That’s not to say that Galveston doesn’t get its share of nasty weather.

The second Hector Lassiter novel, Toros & Torsos, opens with a killer hurricane that swept through the middle Florida Keys during Labor Day weekend, killing a still-unknown number of people and essentially scouring a couple of islands down to their coral beds under a monster storm surge at a time before such storms were named or consistently rated for intensity.

That storm wouldn’t have been Hector’s only brush with a monster Gulf Coast hurricane.

Galveston suffered its own killer hurricane in what would have been Hector Lassiter’s birth year. It was another September storm season in the Gulf. The hurricane that struck Galveston on Sept. 8 is believed to have been the equivalent of Category 4 hurricane by present measurement standards.

Winds reached at least 150 mph and the storm surge may have reached 18 feet.

According to local records, approximately 3,600 homes and buildings were destroyed: that was something like two-thirds of Galveston’s building stock.

By current economic standards, damage done to Galveston in 1900 would represent as much as a billion dollar hit.

Two years after the storm struck Galveston, the construction of a massive sea wall began. That structure was expanded over subsequent years. The seawall stands 17 feet high. Sand was also pumped under an estimated 2,100 other structures in the city to raise them several feet above their pre-existing heights…a feat that sounds on a par with the construction of the pyramids.

And because you have to, Glen Campbell's cover of the Vietnam-era classic, "Galveston":

Posted by Craig McDonald at 8:47 AM No comments:

Labels: Galveston, hurricane, Murder by the Book, Print the Legend, Toros and Torsos

The PRINT THE LEGEND guest-blogging tour continues at the First Second web site with a piece that previews and includes some conceptual art for the forthcoming HEAD GAMES graphic novel (tentatively scheduled for release from First Second in autumn 2011).

The guest blog gives a little background to the overall scope of the Hector Lassiter series, then delves into the process of adapting ones own novel into a graphic novel script and shaping character depictions and settings with a collaborator.

In this case, that collaborator is the very talented Kevin D. Singles who is tasked with illustrating Hector and Bud Fiske’s wild, cross-country escapades through New Mexico, El Paso, Venice California and the set of Orson Welles’ Touch of Evil and on into 1957 Los Angeles before heading into the Mexican desert outside Tijuana.

The preview affords glimpses of not just Hector and Bud, but also Alicia Vicente, the young woman who comes to share their adventures…we see Hector’s hacienda and 1957 Chevy Bel Air…

You can check out the guest blog here. 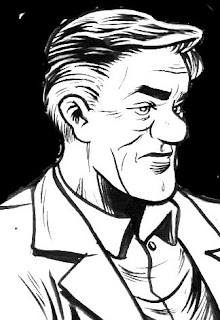 Posted by Craig McDonald at 7:29 PM No comments:

That’s the topic of today’s guest blog over at the Rap Sheet, where J. Kingston Pierce kindly granted me permission to write a bit about the Hector Lassiter series in general, and PRINT THE LEGEND, in particular.

The Lassiter series spins on historical figures and events, but attempts to give the understory of 20th Century history: As crime novelist Hector remarks in PRINT THE LEGEND, “Historical events…are too often symptomatic of deeper, darker machinations hatched by conspiring men and devious cabals with impossible-to-fathom aims.”

I take it a bit further at the Rap Sheet: “That could serve as a kind of mission statement for the Hector Lassiter series — novels exploring the artistic tradition and romanticism as the clandestine catalyst for real events. I’ve come to believe that in some cases, one can come closer to ‘truth’ through the vehicle of fiction than biography.”

PRINT THE LEGEND partly explores the legend of Hemingway’s life and writing, as well as the circumstances of his death, in July, 1961.

The truth is that history sometimes lies. Received wisdom can be a very treacherous thing.

As Hemingway’s finest biographer, Michael S. Reynolds noted, “Sooner or later it happens to all biographers… Suddenly the biographer realizes that he’s never seen this man before. The man he knows exists only on paper….Then does the biographer know despair…and after a proper pause, go existentially on with his work, understanding for the first time the limits of his genre and the fictive nature of his trade.”

You can read the Rap Sheet guest column here.
Posted by Craig McDonald at 9:20 PM No comments: 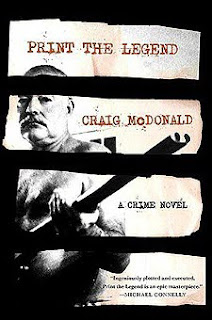 Today marks the release of my third novel, PRINT THE LEGEND, a literary thriller about the craft of writing, the FBI's war on writers, about the seductive dangers of the writer's life, and about the death of a literary lion named Ernest Hemingway.

I'm scheduled to be guest-blogging at the Rap Sheet today.

This past evening, I wrapped a no-holds barred interview with my former publisher, Ben LeRoy, for the Tuesday Tyrus Books podcast. (Check here for that.)

On Wednesday I'm scheduled to guest-blog at First Second, the publisher of the forthcoming Head Games graphic novel, and there'll be some new art previews of that project included in that piece.
Posted by Craig McDonald at 6:01 AM 1 comment: 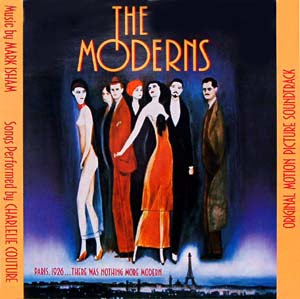 You can read Rod's interview here, along with his previous interview of Ken Bruen, here.
Posted by Craig McDonald at 9:22 AM 5 comments: