On Sept. 29, I'll be appearing on a special "Masters of Suspense" panel with Cara Black at the Ohio Library Council Convention and Expo.

This library-centric event is being held at 9 a.m. on Thursday, September 29 at Kalahari in Sandusky, Ohio.

A little about Cara and myself: 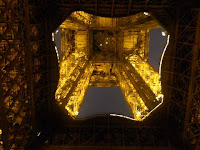 Meet Cara Black: Chicago-born and San Francisco-raised, Cara is the New York Times and USA Today bestselling author of 15 books in the Private Investigator Aimée Leduc series, which is set in Paris. Cara has received multiple nominations for the Anthony and Macavity Awards, a Washington Post Book World Book of the Year citation, the Médaille de la Ville de Paris—the Paris City Medal, which is awarded in recognition of contribution to international culture—and invitations to be the Guest of Honor at conferences such as the Paris Polar Crime Festival and Left Coast Crime. With more than 400,000 books in print, the Aimée Leduc series has been translated into German, Norwegian, Japanese, French, Spanish, Italian, and Hebrew. 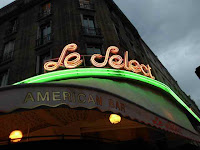 Meet Craig McDonald: Columbus native and Edgar/Anthony awards finalist McDonald is an award-winning and international best-selling novelist, editor and journalist. His critically acclaimed Hector Lassiter series includes “One True Sentence,” “The Great Pretender,” “Roll the Credits,” “Print the Legend,” “Death In The Face,” “Write From Wrong,” and “Head Games,” which was a finalist for the Edgar, Anthony, Gumshoe and Crimespree Magazine awards for best first novel. "Head Games" was also a finalist for the the 2011 Sélection du prix polar Saint-Maur en Poche in France. "Head Games" is forthcoming as a graphic novel from the Eisner Award-winning imprint of First-Second Books on Oct. 24, 2017. The Lassiter series has been translated into numerous languages.
Cara and I have both written books set in Paris and appeared at literary conferences in France, so odds are some of the discussion will center around the City of Lights.


If you're an Ohio librarian and planning to attend, I look forward to seeing you there!
Posted by Craig McDonald at 6:26 PM