Following is an excerpt from FOREVER'S JUST PRETEND, the first new Hector Lassiter novel in three years, coming Thursday, Aug. 21, along with newly repackaged editions of ONE TRUE SENTENCE and TOROS & TORSOS.

“Christmas is a holiday that persecutes
the lonely, the frayed and the rejected.”
—Jimmy Cannon

PARIS
Hector & Victoria
It was warm and crowded in the café. The liquor was flowing and everyone was laughing and wishing one another a Happy Christmas. Back slaps, cheek kisses and toasts all around.
Victoria sat in a corner of Le Select next to a sprawling, slightly overweight cat, watching Hector at the bar chatting with his fellow writer, Hemingway. The two authors had already spent most of Christmas Eve together. Victoria envisioned a good deal of the day and perhaps even the holiday evening would be spent with the Hemingways, as well.
Oh, Vicky liked the Hemingways just fine. They were fellow Americans, and Midwesterners, at that. Hadley and Hem recalled the people Victoria had grown up with back home. But they also had a young son, “Bumby” or Jack. The Hemingway child was a kind of knife twist for Victoria just now.
Quite soon, she would be going back there, back to the States, and going with Hector who had at last decided to return home after several years roaming Europe, an unintended odyssey that began with his ill-fated service in the last war.
Hector had met Victoria under bizarre circumstances earlier in the year, right around Valentine’s Day, she guessed. Hector had actually saved her life, rescuing her from a killer. She had heard another woman close to him—his lover before Victoria, a woman named Brinke Devlin—had fallen prey to the murderer.
Although Hector had eventually taken Vicky into his life, then into his bed—although he was paying her way back to the States—he’d always made it clear he wasn’t looking for a permanent entanglement with her. Hector had warned Victoria from the start that the New Year would find him returning to America, and then moving on from New York alone, headed for parts unknown.
Yet it should be different now, she thought.
Hadn’t they been mostly happy together these past few months?
Seemingly, Hector respected Victoria’s remaining secrets, and she respected his—including the sense that some other woman evidently waited for him back there in America. She never confronted Hector about that. She never put the question to him directly.
But sometimes the pale-skinned, raven-haired Victoria caught Hem or Hadley looking at her with this curious mix of affection and concern, almost as if she reminded them too vividly of someone else, someone Victoria could only believe must have been close to Hector. Maybe it was the dead woman? Perhaps it was this Brinke?
It should be different, she thought again, watching the handsome young author.
It was Christmas, and they were lovers, and Hector had at last secured publication of his first novel. They should be returning to their homeland as a triumphant married couple, Victoria thought. Returning to celebrate Hector’s new novel and their departure from this old European city that had stripped so much from them.
But it wouldn’t be like that.
Tonight Hector would be in her arms of course.
This Christmas night he would be hers, but not in the ways that truly counted or mattered most to Victoria. And of course it wouldn’t endure.
This night in the City of Lights, engulfed in laughter and music, Victoria already viewed Hector Lassiter as the one who got away. 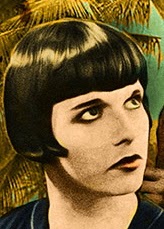 KEY WEST
Brinke, Miguel
& Mike
Christmas? It didn’t feel that way at all to Brinke Devlin.
Oh, someone had tipsily strung some colored lights around the bar, and a drunken Creole was playing plinking Christmas tunes on a ukulele, but for a Midwesterner like Brinke, an Ohio girl who had grown up with snow on the ground most Decembers, it felt like a false holiday.
Yet she couldn’t bear to spend this night of all nights alone, holed up somewhere in silence and solitude, wondering what Hector Lassiter might be doing this Christmas night back in their city, so far back there in the City of Lights: Hector, handsome, charming and solo lobo.
So Brinke had brought her notebook to this “blind pig” and found a corner table. She was bent over the table now, all concentration and writing by candlelight, about halfway through the first draft of a new novel.
Her efforts to compose worthy prose in this bar were so far a mixed success. The noise and the music was a welcome distraction from her thoughts. Brinke was making some progress in her writing.
Yet as an unattached, fetching woman in a bar full of drunks, Brinke was also a target of opportunity.
So far, she was successfully rebuffing occasional approaches, rejecting all offers of free drinks calculated to lead to something more.
Brinke was mostly so far successful in ignoring the lustful, baleful gazes she felt upon her, including those from the tallish, rather strapping Cuban man at the bar. She’d heard the bartender call the man “Miguel,” or something like that. This Miguel was the one she sensed might be the most difficult to cool off at this point. He seemed full of passionate intensity.
Fortunately, he was also nearly legless drunk.
So for her part, Brinke figured she could wait out Miguel: let him get so plastered he wouldn’t be a threat of any kind, so there’d be no danger of him following her out of the bar.
Focused on Miguel, Brinke never really registered the rather fat, balding man sitting in a corner opposite hers. Mike Rogers, publisher and editor of one of the island’s two local newspapers, was sitting at a table with his own notebook and pen.
But Mike wasn’t writing a book, or even penning a news article tonight for his rag.
Mike was instead putting away the rum and colas and drawing pictures of Brinke nude in his notebook.
Focusing again on her prose, Brinke drifted in and out of the bar in a sense, trying instead to stay immersed in the country of her story. She was determined to use her creativity to distract herself from thoughts of Hector at ends in their former city. From thoughts that at least two months remained before she might possibly see Hector again.
Hector Lassiter. Just thinking of the name made Brinke smile.

“He lives the poetry that he cannot write.
The others write the poetry
that they dare not realize.”
—Oscar Wilde

The man sat sweating in the shade, awaiting the sunset and watching the child.
The room the man had rented for the past three days had a patio that faced the narrow, stingy beach. Each day he’d sat sweating in the shade of that patio, wearing shorts and a damp T-shirt, brooding and watching the other hotel guests laughing and loafing by the shoreline.
Most of them were older, retired men on holiday with their wives. Probably refugees from the Midwest based on what he could hear of their accents. “Snowbirds,” the Floridians called them.
There were a couple pairs of newlyweds, and, now, another, still younger couple who wore no rings. Probably those last two had sneaked off from some other part of the Sunshine State for a first night of lovemaking. That girl would probably wind up pregnant.
Or, given what the man was going to do to the hotel once the sun went down, maybe not.
There were two or three families; some with young children.
One of those families had a single child. She was a cute, pudgy little blond girl whose coloring echoed her mother’s eyes and hair. The girl was clearly a first child, doted on and fretted over.
The man had noticed the girl and her parents the first day he’d checked in. He’d made a point to find their room number.
If it wouldn’t put him at risk, perhaps later in the evening he’d go ahead and knock on their door, try to give them a fighting chance. Call it salve for his conscience.
Now the little blond girl was waving at a distant ship with a tiny shovel. The man’s stomach churned. Yes, maybe he would do that, try and give them that chance for flight.
The hotel was old, hell, just this side of dilapidated. The man figured none of his fellow renters could be well off.
The hotel, more of a motor court when you came down to it, was the kind of place you booked sight-unseen because it fit a price-range. Or perhaps because it was the kind of place you just ended up in, road-ragged and beat to the wide, exasperated after exhausting all better possibilities. The last rooms on the last Key.
The man looked up at the paint peeling from the wooden overhang above his room’s patio, then at the crisp scrub grown up close to the hotel’s perimeter. It was the dry season and it hadn’t rained in more than a week. The place was a tinderbox for certain. With the sea wind whipping across the shoreline, combing that dry beach grass, the man figured he’d only have to focus on two or three units. The blast-furnace wind would see to the rest.
The man checked his pocket watch. Two more hours until sunset.
Sighing, his stomach sour, he poured himself another glass of lemonade, frowning and then belching from the stomach acid that bittersweet lemon concoction brought up.
Chewing his lip, the man kept watching the little blond girl and her parents now frolicking in the sand and creaming surf.

ROLL THE CREDITS: Paperback
Posted by Craig McDonald at 9:42 AM